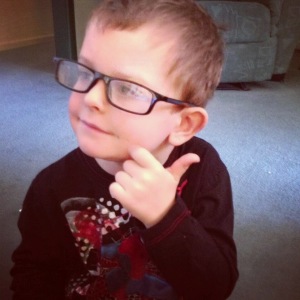 If I ever doubted that this move has taken an emotional toll on my little man, then yesterday I was presented with the proof. I got a taste of the toughness he has endured.

It’s only been 6 weeks since we arrived, and 5 weeks since we started Harrison in a new daycare. We’d figured he’d get his much needed quota of social interaction with children his own age as well as make some friends and have a few familiar faces to start big school with next year. (Quietly, I hoped it would also assuage my guilt for dragging him away from the little mates he adored from our old home.)

Yet, yesterday afternoon, as his daycare centre hosted his Christmas party, I suddenly understood his sullenness, his anxiety, his penchant for tears upon drop off. Because standing amidst the swarm of parents, all milling around merrily and sharing in intimate conversations, it hit me as well; in that setting I felt alone. A surge of sadness and homesickness for the day-care centre we’d left behind washed over me, and in that moment I could appreciate the pain my son was feeling. He was used to going somewhere with a plethora of people he loved to interact with, a place where he knew his “place”. And as I stood there thinking of all the friends I would have been able to mingle merrily with, where my son would be in the thick of the social activities I was overcome with empathy.

It made me realise that even though this move is the best thing for the family, it doesnt mean all members are adjusting at the same pace – or that they have the same capabilities for foresight into the future. While it has been easier for The Husband with our readymade band of friends, for Master H, not knowing a soul has left a gaping wound in his social circle.

It is being reflected heavily in his behaviour too; my previously happy boy has morphed into a sullen, moody teenager well before his time and it has been less than appealing to deal with. Of course, I had been trying to cut him some slack, knowing many of the outbursts and issues stemmed from the great upheaval. But yesterday morning, I snapped. I told him I’d had my fill of his rudeness and I was no more going to tolerate it.

Fast forward to that afternoon and I understood his every anxiety and awkwardness, and just why he demanded that extra cuddle where he would cling on and have to be physically removed from us, big blue eyes glistening with tears. First hand, I was finding out it’s a tough crowd to crack.

Much like a fisherman, I threw out a few lures, hoping to bait a couple of parents into pleasant small talk. But it proved to be a lean day for snaring fish as I kept coming up empty handed. That was, until right at the end of the gathering when I found myself standing next to a latecomer, who began to take an interest in my bright eyed baby girl. Whilst being almost blatantly ignored in my previous attempts to conjure up conversation, all it took was some patience to find a kindred spirit.
And as it turned out, the lady I befriended was the Mum of the first boy who became Harrison’s friend – fate.

So, I’ll try to quit pushing him to put himself out there, knowing now firsthand it can be a hard social setting to crack straight up. Most of these kids have been in each other’s company for years, so breaking into the circle can require the tenacity of a crowbar against concrete. I’ll instead tell him to focus on the few friends he’s made and we’ll worry about the rest next year. Sometimes one familiar face is all it takes in a sea of strangers to make you feel okay again.