The month of May and I have never been mates.  And the minute we click over to this particular four week period, I feel all “Meh. It’s May”. 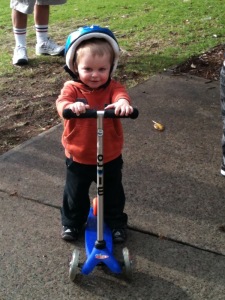 There is just something so final about this fifth month.  There are too many goodbyes, especially this May, which has done it no favours in the popularity stakes.  I’m not a fan of farewelling; I’ll avoid them at all costs if I can.  My job. My colleagues. My idol, Oprah, signing off from her show. Tick, tick, tick… And there is the fact it’s the end of the loveliness of nature by bidding adieu to Autumn. We say goodbye to the greenery; leaves crunch and curl as they fall helplessly from the branches, leaving behind a stark skeleton and a signal for wintry conditions to make their cool descent into our worlds.
This specific May alone, the farewells came thick and fast after I bade a bittersweet goodbye from my place of employment of the past six years.  Even though the decision was made to make life easier for our family, with the husband tackling (literally) an exciting new role, I miss the familiar faces and friendships that blossomed over the years.  Certainly, I do not miss the 2 hour commute each way, and agree I am really ready to take on some own career changes of my own, but there is still sadness at having said goodbye so soon.
And what makes this particular May even worse is that in conjunction with my resignation from the paid working world, we are also ironically farewelling The Oprah Winfrey Show.  Cue tears and tantrums at this cruel coincidence!  What on earth will get me through the day without looking forward to that 1pm Channel Ten timeslot?  Please can someone assure me that they’ll still run repeats, or, even better, adopt some episodes from her new little venture, the OWN Network?
It’s also likely the change in seasons that creeps up on us in May that makes me loathe it so.  The cool crisp air now has a snarly bite to it, and as for the sun… well, it seems to be on some sort of hiatus these past few weeks.  The bright burning ball in the sky has barely been spotted all month; we have had our coldest day of the year so far, record rainfalls have been chronicled and we are on track for our chilliest May in 41 years! Hell, even the snow season started early, so if that doesn’t make you run for your beanie and scarves, then nothing well!
May will now always be coloured with a sense of sadness, the month we were made to farewell my beautiful Nan, and childishly, it being the month that follows my birthday means it rates well below it’s 11 other acquaintances’ in my books.  Yes I have a childhood hang-up with celebrating birthdays. Did someone say Peter Pan?
I know May does have the jewel in the motherhood crown in its corner – Mother’s Day is the “get out of jail chores free” card all day that we Mums love to flaunt this one time each year, PLUS I had a postponed birthday and an unexpected trip to Coffs Harbour to make these sombre weeks roll on by a little faster but still I reserve the right to grumble my way through these four weeks – and quite possibly, four months. In fact, come call for me in September, when the Frangipani’s are back in bloom and the heat begins to infuse the day once more. I’ll be far less irritable (and in direct proportion, warmer!) by then…

« An Open Letter to Oprah Winfrey
Only The Good Die Young… »