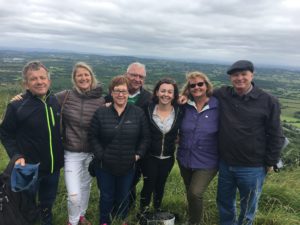 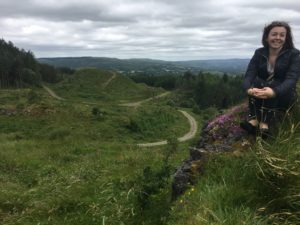 As far as crime scenes go, I have to say this one was particularly pretty. The rolling hillside, sloping down from the hazardous outcrop upon which we stood, was picture-perfect. Beyond, the townland of Gortgall stretched its way towards the horizon, a sprawling landscape of vivid greenery, punctuated by tall timbers and patchworks of farmlands, flanked by stone fences. It was the quintessential County Fermanagh countryside I’d dreamed of seeing for so long. What I wasn’t expecting however, as I stood atop Belmore Mountain in Northern Ireland, in the exact spot my family story began 187 years before, was to start questioning my very existence.

I had always blithely assumed I had our history down pat. We were ‘Aussie Royalty’: the somewhat amusing label given to any Australian with convict blood coursing through their veins. Then there was our ‘colourful’ backstory which told the tale of my 4th great-grandfather, Thomas Cassidy, who, along with his father and two brothers were “convicted and sentenced to death for maliciously killing a horse by throwing him down a precipice” (as reported in the Impartial Reporter 1. April 1830). Apparently, they’d taken a dislike to their landlord and were dishing out retribution via his prized pony. The only missing piece of the puzzle was to placate the yearning within me to make the pilgrimage “home” to see exactly where my Cassidy family story began. But it would also prove to be the point in which everything I thought I knew came into question.

On a bitingly cold summer’s day in June my parents and I were escorted by the local council atop Belmore Mountain. Here, along with some newfound Irish and Australian cousins and a contingent of locals, we witnessed the exact spot where our fate as descendants of convicts was sealed. It was in that moment, while breathing in the brisk Irish air and standing on the same soil my forefathers had, when suddenly a shift in my thoughts took place. There’d been murmurings ever since we arrived that morning: these Cassidy lads and their father had been simply victims of the prejudiced era in which they lived. They were turbulent times, where Catholics were persecuted and dispossessed of the land they had previously owned. Only two years before, my ancestors had been forced to give up this very parcel of land they’d owned for so long, and now lived with the permanent threat of eviction. The true crime was, it was announced, was far more likely to have been committed by their unforgiving Landlord who wanted my ancestors off this land – at any cost.

“Trumped up charges,” they declared, indignant on our behalf.

“Just look at the names on the convict ship manifesto,” said another. “It was full of Catholics – they wanted us all out of Ireland!”

And more: “I refuse to believe they did this – they were framed!”

Naïve to the times in which he lived, I’d simply assumed Thomas Cassidy’s crime as fact. I’d even gone so far as imagining he and his father and brothers creeping under the pale moonlight, bloody-minded with determination to exact revenge on an unscrupulous landlord, who had persecuted their family for the last time. Yet now, after being made wise to the truth of what it meant to be a Catholic in the 1800’s in Northern Ireland, doubt had curled its way around my beliefs. What if, in fact, he was innocent?

Overwhelmed by a mixture of guilt and gratitude, it dawned on me just how indebted I should truly be to him – I literally owed him my life. Without this tragic turn of events I, or my fellow family members born of this long line, would not be alive. Thomas Cassidy had paid the ultimate price so that we could all exist today.

My heart broke for them, having been forced to farewell all that was familiar. Not just the land they loved, but family.  Thomas left behind a father and mother, a wife and two daughters who he would never set eyes upon again, not to mention his parents, who endured their three sons being exiled to a far away land.

I left Australia thinking I was one person and have arrived home again quite another. True, history will always show my forefathers as convicts, but I’ll no longer see them that way – nor will I see myself the same way. Yes, I’m a descendant of some dark days in Northern Ireland’s history, but I’m also a proud product of determination to survive and forge a new life – and a new family – in a brand-new country. Maybe we will never know the true story but one thing is for sure: the luck of the Irish had been with Thomas and his brothers after all. For without their alleged crimes and undue exile, we’d not lead the beautiful, blessed life we lead in Australia today. (To be sure, to be sure.) 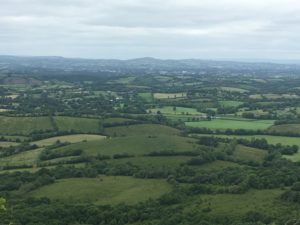 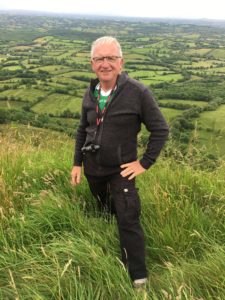 « Sydney Morning Herald: Paint workshops aim to help businesses by tapping into artistic side of staff