Well baby girl, haven’t you been busy achieving a whole lot of firsts as your age crept over to the 10 month mark?

Some, I must say, were very belated – like the long overdue first appearance of some teeth! Despite a bit of daytime grizzling and the usual hallmarks of such an event you handled it well. So I’d like to formally request you cut every tooth with the same minimal fuss if at all possible??

You’re also officially on the move – which means I am officially also on the move shadowing you.  I’ll admit it, I’ve not been looking forward to this phase  and I was glad of the reprieve on this one. After your big brother chose to crawl (and ergo end any semblance of peace in our days!) at 7 months old, I was nervous about you following suit. Thank you for the extra 2.5 months of being able to stick you in one spot and know you wouldn’t be able to get into any mischief – twas much appreciated!

It must be said though you’ve started your foray into independence quite the unique (and that’s just me being polite!) way. All agree it was more like a baby seal on the move than a baby girl! Don’t feel too bad, you’re big brother had his own individual style of crawling as well – legs stuck straight up in the air like he couldn’t bare to scrape his precious knees. What a pair of quirky crawlers I’ve had 🙂

The other firsts this past month have been some major events in your life – the first engagement party, first Christmas, even your first funeral. You also celebrated your Christening as well and were just the cutest little Angel you ever did see!

As far as first Christmases go, I’d have to say this one was super special – you were lucky enough to see all of your extended family bar one member (bit hard for Uncle Brad to pop back from Canada!). We set up camp in Coffs Harbour, 12 people under one roof, and you didn’t skip a beat. Maybe it was all those doting grandparents, aunties or cousins ready to swoop in and cuddle or amuse that made you so happy? 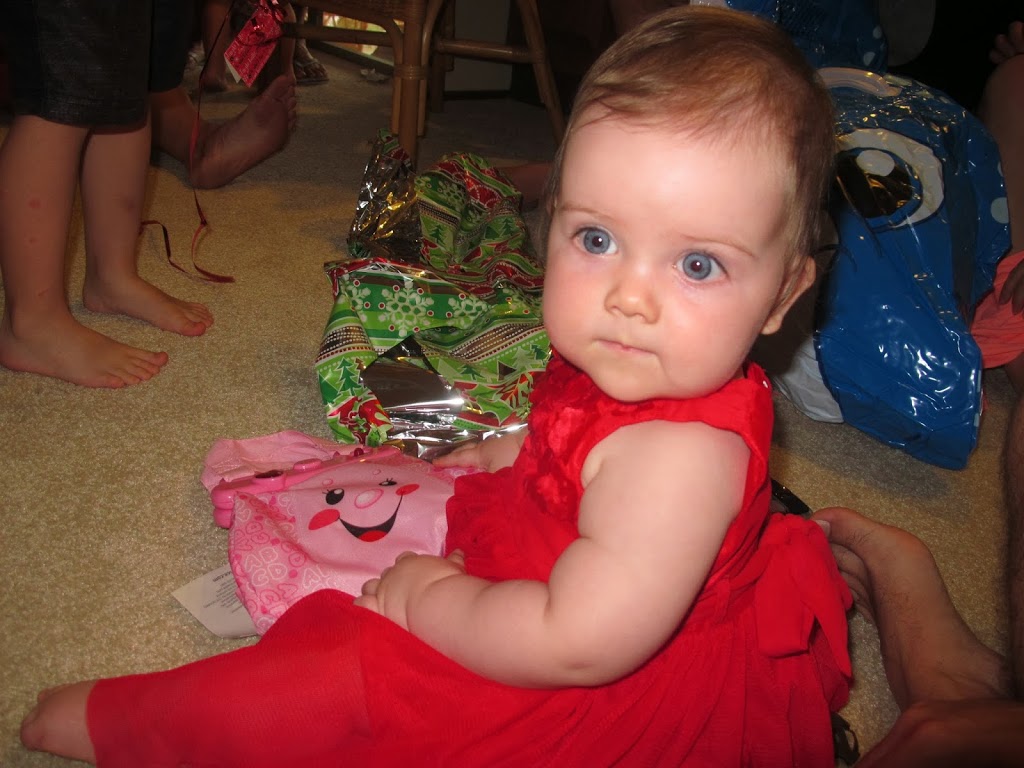 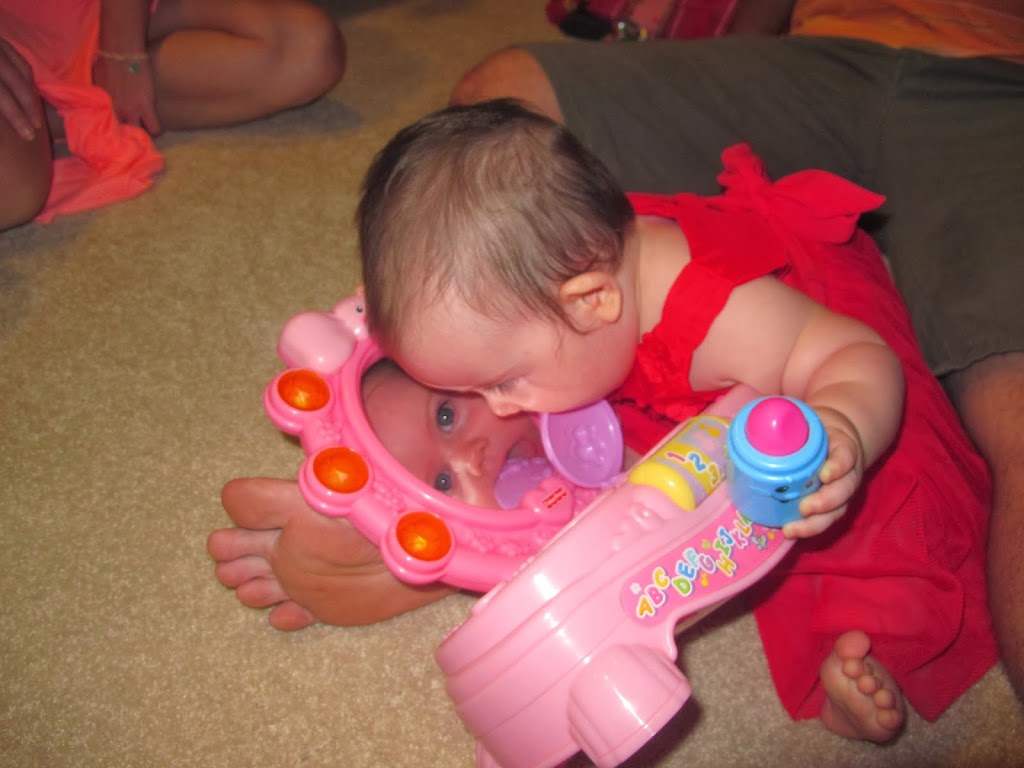 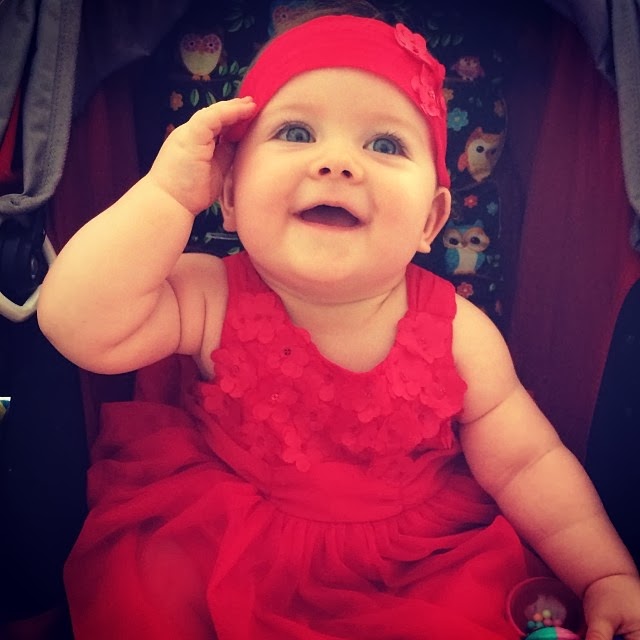 You were Christened amongst your closest family on a scorching hot Sunday’s summer day in Sawtell. While we sweated it out in the ancient Church, you chattered happily to anyone and everyone throughout the service and didn’t cry when it came to the traditional water cleansing – perhaps you were relieved for a break from the sweltering heat?

Your gorgeous Godparents did a fab job too. Aunty Shez was on hand for lots of cuddles while Uncle Nathan literally showed he was willing and ready to have a steady hand under pressure, as hot candle wax dripped continuously onto his bare skin throughout the formalities – and he didn’t wince once! Your other Godfather, Uncle Damo, was a bit worse for wear but being self inflicted there wasn’t too much sympathy for him having to sweat beads of alcohol out in the un-air-conditioned Church!

Finally, there was your first New Years Eve. We ended the year – and your 9th month – very quietly. Exhaustion had seeped into our every cell after the mammoth year that was. None of us saw the calendar click over to 2014 – but that’s nothing new for this Mummy. Havent seen one since 2007 if I recall correctly (party animal days are long gone, clearly).

So, its been the biggest month yet for you, and for us all my little lady ZaZa – no wonder we are all consumed with weariness. You sure know how to cram in months work of milestones into one my dear… Let’s work on making this next month far less eventful, if that’s okay with you?