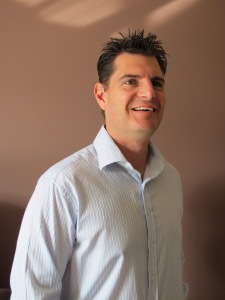 Many of us dream big when we are young. We proclaim with heartfelt sincerity that we know exactly what we want to be “when we grow up” and never veer, unlike others, from this one course throughout childhood. But how many of us actually grow to see this wish come to fruition?
I know one such man who is, as it were, living the dream.  His life has just come full circle, and shows that not only it CAN happen, but also the power that the universe has over granting our deepest desires.
Now I am not saying that he consciously invoked the influence of the cosmos to see this goal fulfilled (he ain’t as “open” as me when it comes to these quirky types of things) but there is no denying that the Gods of fate have had a hand in dealing this little dream unto him.
At 16, a young school kid, who is a self-confessed sports nut and wanna-be sports writer sends a letter to the Editor of Big League, the Rugby League lovers Bible that has graced our newsstands the past 37 years.  In it he offers up his opinion on tweaking sin-binning and send off rules so that teams are not unfairly impacted by one players moment of madness.  It was awarded “best letter of the week”, and even came with a printed reply from the Editor, both in the Magazine and in the mail.

Meanwhile, there was a tomboy rugby league loving girl who used to ask her Dad every week to buy Big League magazine. Who knew she would one day end up marrying its newly appointed Editor?
Yes, we are talking about my clever Husband, who in his life and his career, has now come full circle.  In May 2011 he took over the reins of this fine footy franchise, 18 years after first putting pen to paper in the name of all things Rugby League.
He who wrote that letter, he who was his school’s sports editor,  he who used to be remonstrated for not writing about much else other than this passion in class, has indeed, followed his “true north” and is now atop the tree that for so long he has been climbing.
Even though he tells me (half jokingly, I presume) that his CSU motto was “’P’s’ get degrees”, he has put in the hard yards (pardon the pun) since his university days to see this dream fulfilled.  His first sports gig came on a local Dubbo paper, returning even for an encore after a backpacking stint overseas, before turning his hand to specialise in the golf side of sport in 2003. Finally a prestigious Assistant Editor’s position became available in July 2004 and a happy seven year stint ensued (seriously, who wouldn’t be thrilled to be paid to play golf and travel to some exotic destinations all in the name of work?! But I digress…) before finally nailing the job that planted the first seed towards this dream.

It is a reminder, and an inspiration to all of us who house their own heart’s desires on shelves that appear slightly out of reach, currently collecting dust, that the “full” circle of life does indeed exist. Here’s to harnessing the hope that we all fulfill our ultimate life dream.