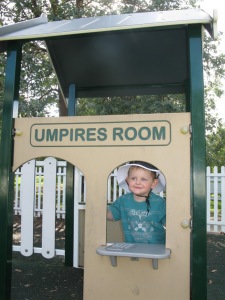 Guilt appears to be the fashion accessory that no mother can leave home without.  Much like a bulky winter coat it can weigh you down, whether you want to wear it or not.  I know some people wave off this notion as a 21st century myth that the modern woman who wanted it all created but if you are a constant worrier and somewhat people pleaser then it can hang around longer than an unwanted house guest.
Personally, I’ve got a guilt complex to rival that of the land mass that is the Soviet Republic.  And it’s not because I have done anything wrong to warrant this conscience onslaught; it’s just that there either doesn’t seem to be enough of me to go around, or an overwhelming fear that I am not being  all things to all people.  And yes, this crazy affliction was alive and kicking long before I joined the Motherhood Club, but after my membership was invoked two and a half years ago, it seemed to morphed into something much larger, and harder to reign in.  A bit like Charlie Sheen some might say…
Its triggers are interchangeable.  Take today for example.  It’s a “work day”, where I am responsible for fronting up to my place of paid employment to undertake the tasks expected of me.  But instead where am I?  Home tending to my sick child.  And while the logical side of my brain rationalises that it’s not my fault that he is unwell (or has a terrible sense of timing!) the irrational elements vie for supremacy, shouting that it reflects poorly on me, the part-time worker, the mother, who is only asked to be there two days a week, yet at times cannot hold up this end of the bargain.
While I am blessed that my workplace has always displayed the utmost in understanding of this situation, it doesn’t stop the part of my brain that loathes letting people down.  I weigh myself unfairly with the assumed expectations of others.  I like being considered reliable, as a “good” employee – but unfortunately am yet to work out a way to do just that while juggling my family commitments as well.
Suffice to say all working mothers experience this circus act; I just wonder if I’m the only one worried about dropping one (or sometimes all) of the balls.   And when it’s just you and your husband in your support network, as it is for so many, some days there is no choice but to let one of those balls fall.  You only hope it doesn’t hit anyone on its plummet to the ground – or drag you down along side it!
The guilt is not just limited to work either – it’s far too advanced for that!  If I decide to indulge in a nanna nap while my son sleeps, the angel on my shoulder whispers that perhaps the time would have been better catching up on chores; or should a glorious chasm of “me time” open up, guaranteed I’ll go to great lengths to clean the house first lest I wallow selfishly in a state of such bliss.
So can you guess I’m Catholic???  Enough said.  We’ve got the guilt market cornered in the much the same way that Justin Bieber has the tween girl genre all parcelled up.  There is no rival to our self-assumed sins!  In fact, even while typing this the devil and angel are duelling over whether I should have been better off dedicating this time to cleaning the bathroom instead blogging…
Next year I vow to temper this trait with a little more “devil may care” attitude but until then I’ll just keep grappling with feeling guilty as (not) charged!