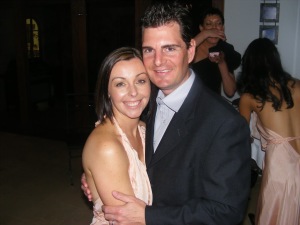 So here it is again, thrust upon us with all the commercial good will a Hallmark Greeting Card can muster, the day that divides a nation: St.Valentines Day.
I’ve deduced there are three main groupings of belief that people subscribe to when it comes to this most controversial of “holiday celebrations”.  There are the hopeless romantics who use this day to lavish gifts and love on one other, often dedicating countless hours preparing for this celebration; and dare I say it, a little predictably, getting either engaged or married.  Perhaps you are of the ambivalent opinion who views this event with the same level of nonchalance Tiger Woods classed his marriage, in so much that you don’t bother to give it much of a second thought, but like to make it look as though you give a damn.  Therefore you are happy for others to indulge in all the adoring festivities, resplendent with red hearted, love laced trimmings – so long as no one forces your hand to commemorate it to the same extent as the first camp.
Or finally you fall into the class who loathes this heavily commercialised day with all the distrust a jeweller might when considering “loaning” Lindsay Lohan a priceless diamond necklace and opt out ON PRINCIPLE from its requisite romantic activities.  Or maybe just because you have no significant other to share in the merriment with and there for no choice to not participate.  Detesting does come rather naturally in that case…
I’ve stamped a footprint into each of the three camps.  Yes, I’ve celebrated the day with all its ultra romantic embellishments, I’ve played the part of the nonchalant partner who brushed off the Hallmark holiday with a good hearted roll of her eyes,  and I’ve also sulkily declared I don’t give a damn about the duped masses who are wasting their hard earned cash.
And eventually, over the years this is what I have unearthed: this day is not at all what love is about.  Because you cannot by definition call a man romantic when one year he gives you a shoe box full of Fererro Rocher chocolates (164 to be exact) during the heady first months of a relationship and then the next few  years pull a complete blank.  Rather, I am more of the group who believe you don’t need a set date on the calendar on which to declare your undying love.  Which is why my darling husband created “Devotion Day”: the date of which always remains a mystery, and we don’t need a barrage of overpriced cards and fresh flowers to dictate to us when we can celebrate it.
With age has come the wisdom to understand romance comes in many forms; it’s the Sunday sleep-ins that my lovely husband insists I have, the way he works so hard to provide for his little family and how he never fails to hold me high and believe in me, especially during times of self doubt.
So yes, while I may appear to be the disgruntled forgotten significant other who is left conspicuously empty handed come the middle of the last month of Summer, I am also the starry eyed, still soppily in love woman who can crow about her romantic husband who has chosen to declare his day of devotion when you least expect it.
Because what good is a commercially induced declaration of your undying love come Feb 14, when on the other 364 days of the year you fail miserably on the affection front?   I’ll take the surprise over the same old traditional celebration any day!

« The Tiger Claws Are Out!
The Crying Game »