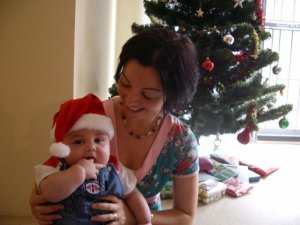 I’ve just spent the past hour reminiscing, lost in the 1st year of my nephew Logan’s life. The alarming thing is how fast the years have flown til now, with him celebrating his 3rd birthday today. The 1am phone call, the dash to the hospital 3 weeks earlier than anticipated, me attempting to blindly read the birth plan my sister so lovingly created (yet inconveniently not required to be used), all whilst trying not hyperventilate with utter excitement at the same time…. Watching first hand, overcome with awe, as new life was welcomed into this world… Ahhh, feels like yesterday! And to be bluntly honest, a MUCH more pleasant memory than my own experience, which I am STILL trying to move forward from!

Life truly has been coloured by all things Logan these past three years – allowing me an apprenticeship in the arena of parenthood so valuable that I wonder: without such a trainee -ship what sort of mother would I have turned out to be? Could I have survived those early days without a couple of years of watching first hand how it was all done?

My sister has been my God-send; an all knowing, all seeing and overflowing fountain of knowledge that has been drawn from on countless occasions this past 11 months of parenthood. How she coped in those early days without, well, one of “her”, I’ll never know. Because it’s a certainty in my mind that my own journey has been made all the more manageable thanks mainly to the ride I shared with her, raising their son Logan James Stewart.

I’ve watched, I’ve listened, I’ve learned – and I will no doubt continue to do so for many more years to come! Sure, a few times her little bouncing bundle of joy was left in my care he may have gone home wearing a backwards nappy but in my defence, she told me the print goes the front – but what to do when you see a both sides sporting cartoon images? Oh how I roll my eyes with irony at that memory, considering the mountains of nappies I have successfully negotiated since…
I got a kickstart on settling, sleeping, solids and all sorts of things associated with babies. And there was finally an inkling of what it was like to love a child with every inch of your being, but also an insight into how times could be very trying indeed. In fact, knowing that the whole motherhood process was not made from the fluffy fabric that many TV shows would have us believe, helped me dive into my own expedition with a fair sense of realism I otherwise would not have had.

It scares me, how fast the clock has ticked by; I have no doubt that time will again do me no favours by failing to stand still as I watch my own son blossom from a bub to a boy.

I’ve no crystal ball stashed away in my cupboard, but I can bet that my son is going to be barrel of boisterous energy, just like his beloved big cousin. And in no time at all too. From the moment he gained momentum and began crawling at the achingly early age (in my books) of 7 months, there has not been a backwards glance. Too much to do, to touch, to see, mountains of mischief awaiting his discovery…

And to my delight, I can confirm that if nothing else, I learned one thing: never has my son been seen sporting a nappy on the wrong way. So Logie Bear, here’s to you for showing me the reigns!

« Here’s to you, Logie Bear!
The Big Bad World Of Birthday Parties »