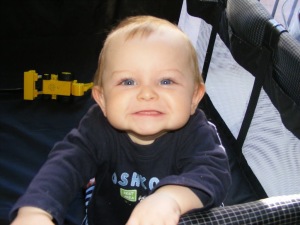 What would you think if you stumbled upon a motley crew of adults and little ones, congregated in an old church hall, complete with mis-matched and mostly ratty rugs on the floor and virtually covered with a thin veil of ice due to lack of heating, where the many and varied attendees sit in a circle and chant occasionally… Welcome to the world of Playgroup, people!
OK, so perhaps that paragraph above paints Playgroup in an unfair light but truth be told, that was exactly how I felt the first time I walked in on an afternoon session, which was smack bang in the throes of sing-a-long time. I was left bereft of breath and sense, as if I had entered a parallel universe! Of course, all in attendance in the merry little singing circle wore bright and happy faces and clapped in utter delight – when not clapping each over the head accidentally with toys. I knew not what went on in these seemingly kiddy cult gatherings and was so freaked out by the almost surreal cheesiness of it all it took me three weeks to venture back!
But then, I got over myself. Its not about me anymore; its about Harrison. He ADORES the opportunity to play with kiddies his age, and relishes the change of scenery and abundance of different toys to be enjoyed. And its quite a sociable atmosphere, almost like Group Therapy, I’d imagine, where we gloat or groan over the many misgivings or magic milestones of our bundles of joy. However Harrison, like me, doesn’t appear overly fond of the singing aspect, squirming no doubt in embarrassment at Mummy’s slightly off key voice and failure to know the words to all the songs, and spends most of his time trying to escape the confines of my cosy lap for the serenity of the toy pit in the middle of the circle.
And it can be a battlefield, oh yes. For instance my son came home sporting a bite mark on his arm and a nasty little scratch on his chubby tummy thanks to one little boisterous boy (who of course meant no harm!) and has also endured his split (not metaphorically, thankfully!) of toys being dropped on to his head and squabbles over sharing.
But in all fairness, he has been on the dishing out end of some none to delightful behaviour. There is one poor cutie pie kid in particular who he all but stalks, such is his intense desire to play with whatever it is he has! But it’s all a part of the blossoming process and as long as no serious harm comes to anyone, we can largely let them be. After all, we wont be able to fight there battles at daycare or school, will we???

« The Kitchen Pantry & Kitchen Fridge – mortal enemies of the Stay-At-Home Mum
Hi Ho Hi Ho, Its Off to Orientation We Go! »